Located in West Chester, Pennsylvania, West Chester University of Pennsylvania is a public institution. The suburban atmosphere of West Chester makes it a great place for students who want the amenities of city life without actually living in the middle of a constant hustle and bustle.

We have ranked WCUPA as #120 out of 1,358 colleges and universities in the country in our 2022 Best Colleges list. This puts it in the top 10% of all schools in the nation. It is also ranked #13 out of 77 schools in Pennsylvania.

WCUPA has also been awarded the following overall awards by our latest rankings.

These are highlights of some of the most noteworthy awards granted to specific programs at WCUPA.

The following table lists some notable awards WCUPA has earned from around the web.

Where Is West Chester University of Pennsylvania? 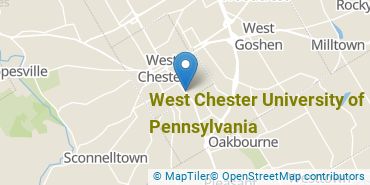 How Do I Get Into WCUPA?

How Hard Is It To Get Into WCUPA?

86% Acceptance Rate
65% Of Accepted Are Women
90% Submit SAT Scores
Since WCUPA has an acceptance rate of 86%, it is not too hard to gain acceptance into the school. Still, you need to be sure you complete your application in full and send in any other requested documents.

About 90% of students accepted to WCUPA submitted their SAT scores. When looking at the 25th through the 75th percentile, SAT Evidence-Based Reading and Writing scores ranged between 510 and 600. Math scores were between 500 and 580.

Can I Afford West Chester University of Pennsylvania?

$33,536 Net Price
70% Take Out Loans
4.4% Loan Default Rate
The overall average net price of WCUPA is $33,536. The affordability of the school largely depends on your financial need since net price varies by income group.

While almost two-thirds of students nationwide take out loans to pay for college, the percentage may be quite different for the school you plan on attending. At WCUPA, approximately 70% of students took out student loans averaging $9,316 a year. That adds up to $37,264 over four years for those students.

The student loan default rate at WCUPA is 4.4%. This is significantly lower than the national default rate of 10.1%, which is a good sign that you'll be able to pay back your student loans. 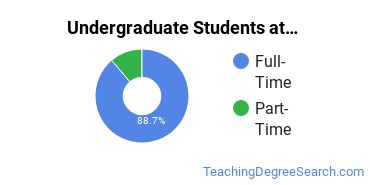 There are also 3,007 graduate students at the school. 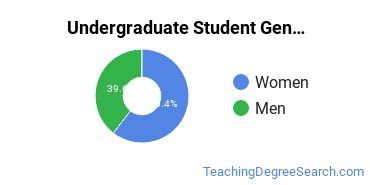 The racial-ethnic breakdown of West Chester University of Pennsylvania students is as follows. 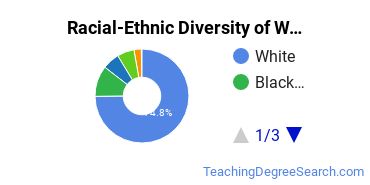 Pennsylvania students aren't the only ones who study at West Chester University of Pennsylvania. At this time, 14 states are represented by the student population at the school.

Over 51 countries are represented at WCUPA. The most popular countries sending students to the school are India, China, and Norway.

The following chart shows how the online learning population at WCUPA has changed over the last few years. 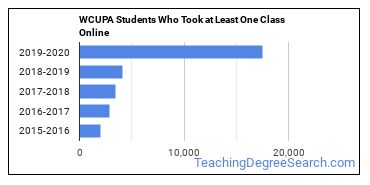 This school is the 13th most popular in Pennsylvania for online learning according to the online graduations recorded by the Department of Education for the academic year 2019-2020.

During the most recent year for which we have data, the full-time undergraduate tuition at West Chester University of Pennsylvania was $10,421 for in-state students. Out-of-state students paid $22,245. The following table shows how WCUPA is ranked for affordability for both in-state and out-of-state students among colleges and universities that are not mostly online.

During the most recent year for which we have data, the full-time undergraduate tuition at West Chester University of Pennsylvania was $10,423 for in-state students. Out-of-state students paid $22,247. The following table shows how WCUPA is ranked for affordability for both in-state and out-of-state students among colleges and universities that are mostly online.

The average growth rate over the last four years of online students at West Chester University of Pennsylvania was 263.3%. This is the #168 largest growth rate of all schools that are mostly online. This refers to all students at WCUPA regardless of major.

The table below shows how the average growth rate over 4 years at WCUPA ranks compared to all other mostly online schools that offer a specific major. Note that the majors may or may not be offered online at WCUPA.