In this state, there are 230 people employed in jobs related to an education degree, compared to 60,930 nationwide. 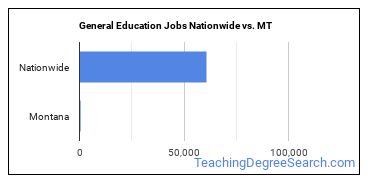 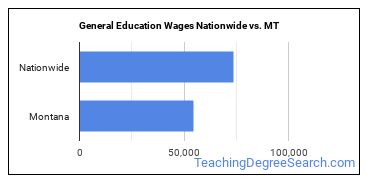 There are 7 colleges in Montana that offer education degrees. Learn about the most popular 7 below:

The University of Montana - Western

The average student takes 4.64 years to complete their degree at Montana Western. 91% of students get financical aid. Graduates earn an average $27,000 after graduation.

92% of students are awarded financial aid at this school. The student to faculty ratio is 17 to 1. Of all the teachers who work at the school, 59% are considered full time.

Most students complete their degree in 4.67 years. Seeking financial aid? At this school, 88% of students receive it. This school boasts a lower than average student loan default rate of 9.00%.

9 to 1 is the student to faculty ratio. This public college charges it's students an average net price of $628. Seeking financial aid? At this school, 95% of students receive it.

A typical student attending Little Big Horn College will pay a net price of $7,515. The student to faculty ratio is 15 to 1. Graduates earn an average $14,300 after graduation.

In their early career, Miles Community College grads earn an average salary of $30,800. Students enjoy a student to faculty ratio of 12 to 1. This public school has an average net price of $7,956.

The University of Montana

69% of the teachers are full time. Grads earn an average early-career salary of $29,300 after earning their degree at this institution. It takes the average student 4.46 years to graduate.