278 Yearly Graduations
$62,300 Median Salary
82% Women
There are 74 schools in the United States where you can get your doctor's degree in special ed. This degree is more popular with female students, and about 18% of recent graduates were from an underrepresented racial-ethnic group. Also, 19.1% of special ed graduates were international students.

The following table shows the number of diplomas awarded in special ed at each degree level.

The median salary for graduates holding a doctor's degree in special ed is $62,300. A lot of factors can contribute to this number, such as the location of your workplace and the availability of other perks and bonuses. A better approximation of salary is to look at the typical range of salaries. In this case the low is $62,300 and the high is $62,300. 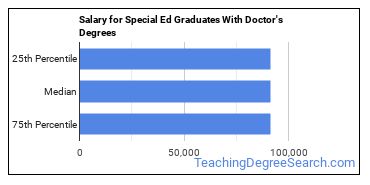 We do not have the data to estimate the median debt for this class of people.

More women than men pursue their doctor's degree in special ed. About 82.0% of graduates with this degree are female. 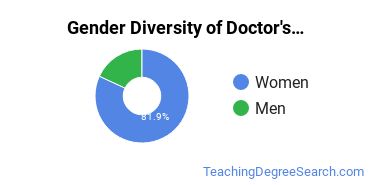 The racial-ethnic distribution of special ed doctor’s degree students is as follows: 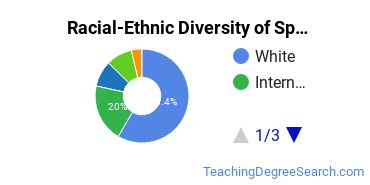 There are 74 colleges that offer a doctor’s degree in special ed. Learn more about the most popular 20 below:

Below are some popular majors that are similar to special ed that offer doctor’s degrees.